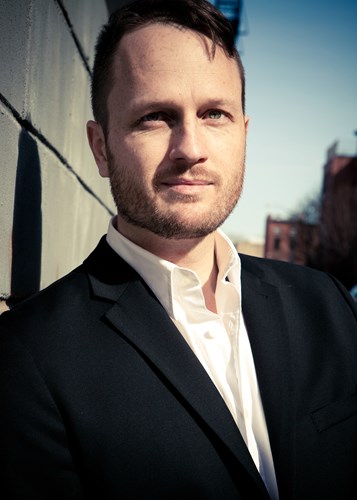 Rafael Casal is a critically acclaimed writer, producer, actor, and poet. He made his feature debut in Blindspotting, which he wrote, produced, and starred. The celebrated film premiered at the Sundance Film Festival, and Lionsgate won a major bidding war. Casal is currently in production as the showrunner for the series adaptation for Starz. He acted opposite Hugh Jackman in the Emmy-winning HBO film Bad Education and Ethan Hawke in Showtime’s The Good Lord Bird. He wrote music for the Apple series Central Park and is writing and composing for season 2. Casal is also well-known to audiences for his work on HBO’s Def Poetry. His digital content and music albums have garnered millions of views and listens. His theatre-in-verse works have been presented at venues across the country, and his music has been featured on MTV and Showtime series as well as at SXSW and Sundance. Casal is the co-founder and the artistic director of the landmark Bars Workshop at the famed New York City’s Public Theater. He founded and served as the creative director for the University of Wisconsin–Madison’s First Wave Undergraduate Arts Program and Scholarship, which was their first Four-Year Contemporary Performing Arts Program. 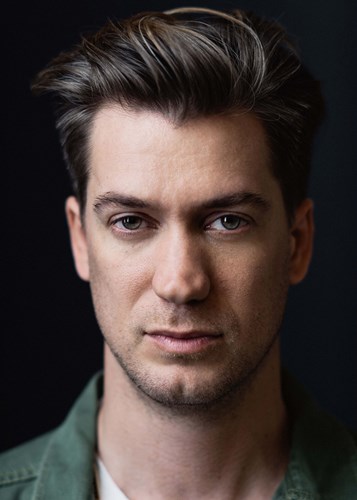 Tony and Grammy Award-winning actor, rapper, and producer Daveed Diggs is widely known for originating the dual roles of Thomas Jefferson and Marquis de Lafayette in the Broadway sensation Hamilton. Diggs can be seen starring in Pixar’s Soul on Disney+ as well as Season 2 of his hit TNT series Snowpiercer, which premiered on January 25, 2021. The first season premiered in May 2020 as the #1 new cable entertainment program of 2020. This past fall, Diggs starred in Showtime’s limited series The Good Lord Bird opposite Ethan Hawke. This past summer, Diggs starred in Disney+’s Hamilton, which was released on July 3, 2020. He also lent his voice to Apple TV+’s new animated musical sitcom, Central Park, where he starred opposite Kristen Bell, Josh Gad, Stanley Tucci, Leslie Odom Jr., and Kathryn Hahn. In 2018, Diggs co-wrote, produced, and starred in the critically acclaimed Lionsgate feature, Blindspotting. Following the film’s success, Starz ordered a television series spinoff starring Jasmine Cephas Jones. Diggs will serve as co-executive producer and writer of the series. Diggs is a member of the West Coast-based experimental hip-hop trio “clipping,” which released its fifth album entitled Visions of Bodies Being Burned on October 23, 2020. 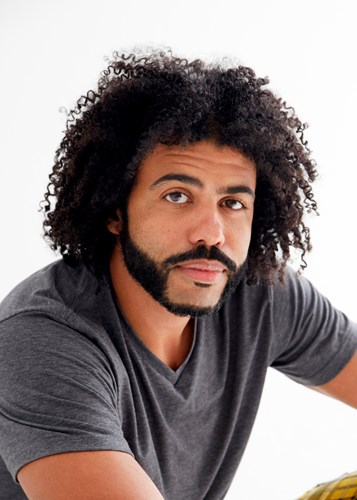 Dipika Guha is a Calcutta-born playwright raised in India, Russia, and the United Kingdom. Her plays include Yoga Play (South Coast Rep, SF Playhouse, and Syracuse Stage, amongst others), The Art of Gaman (Theatre 503 London, Relentless Award semifinalist), and Unreliable (Kansas City Rep). Recent works include Azaan, a play for Oregon Symphony Orchestra; In Braunau for Playwrights Horizons Theatre School; and contributions to You Across From Me (Humana, Actors Theatre of Louisville). Guha was a Hodder Fellow at the Lewis Center for the Arts at Princeton University, the inaugural Shakespeare’s Sister Playwriting Fellow, and is a current Venturous Fellow with the Lark for her play Passing. She’s a proud alumnus of Ars Nova Playgroup, Soho Rep’s Writer/Director Lab, the Women’s Project Time Warner Lab, Dramatists Guild Fellows Program, the Ma Yi Writers Lab, the Geffen Playwrights Lab, and is a member of New Dramatists and a Core Writer at the Playwrights Centre. She is currently under commission from South Coast Rep, Manhattan Theatre Club, and Barrington Stage. For television, Guha has written on American Gods, Sneaky Pete, Overlooked, projects in development at AMC, and the comedy Black Monday on Showtime. She is also developing a pilot with FilmNation. Guha earned her undergraduate degree at University College London, won a Frank Knox Fellowship to Harvard University, and has an MFA from the Yale School of Drama under Paula Vogel. 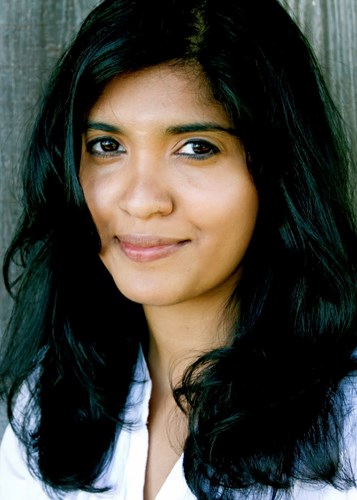 Richard Montoya is writing his fifth Berkeley Rep play commission, which spans three Berkeley Rep artistic directors and four decades of creating works with Culture Clash and as a solo playwright. The nation’s leading performance trio was established in 1984 in San Francisco, and their works for the national stage include Radio Mambo, Bordertown, Zorro in Hell, Chavez Ravine, and Nuyorican Stories, to name but a few. As a solo playwright, Montoya authored Water & Power, American Night, Palestine New Mexico, as well as works for Campo Santo: The River, Nogales, and Translating Selena. A Sundance Institute and Annenberg Film Fellow, his current documentary Playing with Fire is streaming on the Netflix platform. American Night was the first produced play of the American Revolutions canon of American authors for the Oregon Shakespeare Festival. He is grateful to Johanna Pfaelzer and Berkeley Rep for supporting the creation of Suicide on Telegraph in these still uncertain and perilous times. A graduate of the American Conservatory Theater’s Summer Training Congress and a proud alumni of Luis Valdez’ El Teatro Campesino, he raises two pint sized LatinX monsters in Los Angeles where he makes a home with the public practice artist and California Arts Council member Chelo Montoya. 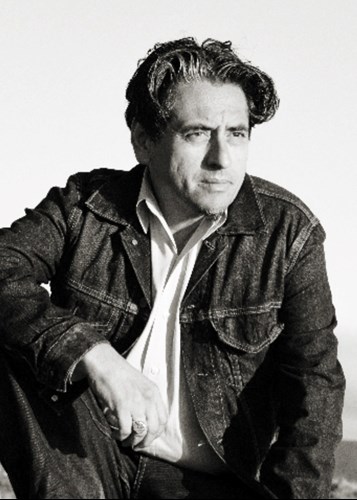 Nico Muhly (b.1981) is an American composer. The recipient of commissions from the Philharmonie de Paris, Carnegie Hall, Los Angeles Philharmonic, and Tallis Scholars, he has written more than 100 works, including the operas Two Boys (2011) and Marnie (2017), both premiered at English National Opera and staged at the Metropolitan Opera, which commissioned the works. Muhly is a frequent collaborator with choreographer Benjamin Millepied and released an album co-composed with Sufjan Stevens and Bryce Dessner (Planetarium, 2017). As an arranger, he has worked with Jónsi, James Blake, Joanna Newsom, and Yoko Ono. Work for stage and screen include music for John Tiffany’s Broadway revival of The Glass Menagerie and for films including the Academy Award-winning The Reader. Born in Vermont, Muhly studied composition at the Juilliard School before working for Philip Glass. He is part of the artist-run record label Bedroom Community, which released his albums Speaks Volumes (2006) and Mothertongue (2008). He lives in New York City. 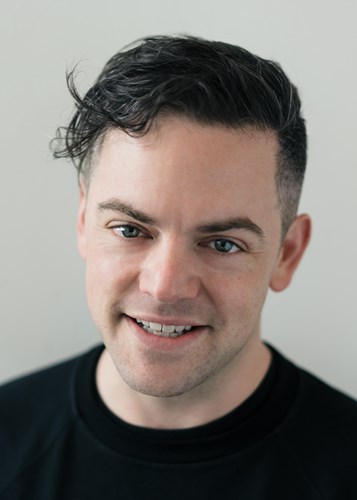 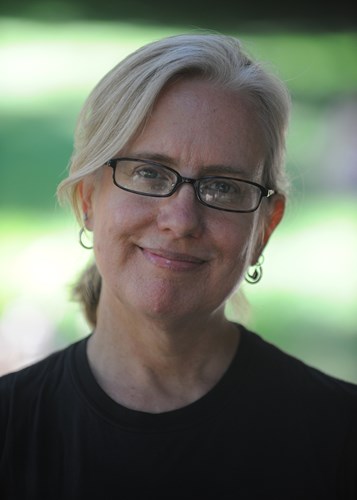 Sarah Ruhl’s plays include In the Next Room, or the vibrator play; The Clean House; Passion Play; Dead Man’s Cell Phone; Melancholy Play; For Peter Pan on her 70th Birthday; The Oldest Boy; Stage Kiss; Dear Elizabeth; Eurydice; Orlando; Late: a cowboy song; and a translation of Three Sisters. She has been a two-time Pulitzer Prize finalist and a Tony Award nominee. Her plays have been produced on and off Broadway, around the country, and internationally where they have been translated into over 15 languages. Originally from Chicago, Ruhl received her MFA from Brown University where she studied with Paula Vogel. She has received the Steinberg Award, the Sam French Award, the Susan Smith Blackburn Prize, the Whiting Award, the Lily Award, a Pen Award for mid-career playwrights, and the MacArthur Award. You can read more about her work on sarahruhlplaywright.com. Her new book 100 Essays I Don’t Have Time to Write was a New York Times notable book of the year, and she most recently published Letters from Max with Max Ritvo. She teaches at the Yale School of Drama, and she lives in Brooklyn with her family. 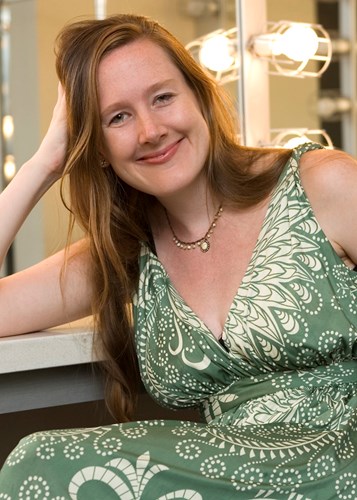 Tori Sampson, a native of Boston, MA, is proud to be from “The City of Champions” and even prouder to be a human rights activist and Black Woman storyteller. By introducing her daughter to the genius that was Carroll O’Connor, Tori’s mother opened her eyes to the art and power of comedy for “goodness’ sake.” And it was on and poppin’ from there. Today, Tori focuses her imagination on creating comedies for the stage. Her plays include If Pretty Hurts Ugly Must be a Muhfucka (Playwrights Horizons, 2019), This Land Was Made (Vineyard Theatre, 2018), and Cadillac Crew (Yale Repertory Theatre, 2019). Her plays have been developed at Great Plains Theatre Conference, Berkeley Repertory Theatre’s The Ground Floor residency program, Victory Garden’s IGNITION Festival of New Plays, Playwrights Foundation, Ubuntu Festival, and Vineyard Theatre. Tori is a 2017–18 Playwright’s Center Jerome Fellow and a 2018–19 McKnight Fellow. Two of her plays appeared on the 2017 Kilroys List. Her awards and honors include the 2016 Relentless Award, Honorable Mention; the 2016 Paula Vogel Award in Playwriting from The Kennedy Center; the Lorraine Hansberry Playwriting Award, Second Place; the Alliance Theatre’s 2017 Kendeda Prize, Finalist; and the 2018 Susan Smith Blackburn Prize, Finalist. Tori is currently working on commissions from Berkeley Repertory Theatre, Yale Repertory Theatre, and Atlantic Theater Company. She holds a BS in sociology from Ball State University and an MFA in playwriting from Yale School of Drama. 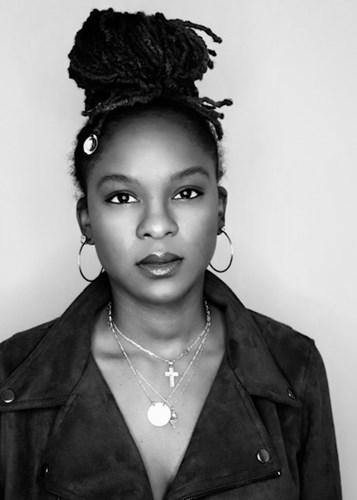 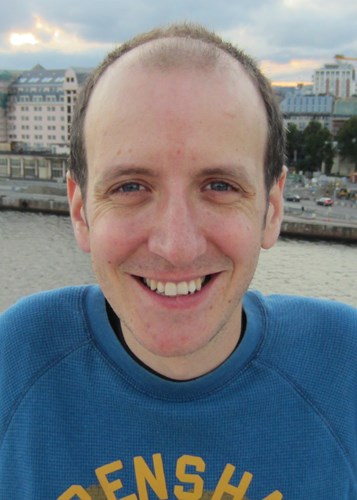 Joe Waechter’s plays have been developed or produced at Playwrights Horizons, Ars Nova, McCarter Theatre, The Guthrie, The Kennedy Center, the O’Neill National Playwrights Conference, Workhaus Collective, and PlayPenn, among others. Awards include two Jerome Fellowships, a McKnight Fellowship, Core Writer at the Playwrights’ Center, a Lucille Lortel, and AracaWorks Prize. Residencies include the Hangar Theatre, Tofte Lake Center, Working Farm at SPACE on Ryder Farm, and The Arctic Circle, where he created a new play, a short film, and a headphone opera while aboard an ice-class sailing vessel. He has written several VR games in collaboration with Tender Claws, Within, and the band OK Go that have been recognized by Sundance, Tribeca Film Festival, Google, Oculus, Apple, and Indicade. In addition, he is developing several projects for television and film. For Berkeley Rep, Joe is writing Breakaway, a play about fantasy, queerness, and hockey in rural Minnesota. 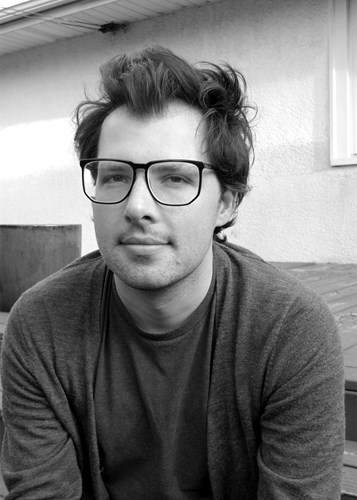