Berkeley Rep welcomes back Charles L. Mee and Les Waters, who have brought so much delight to our audiences with Fêtes de la Nuit and Big Love. Members of a gloriously eccentric family arrive at their summer house in the winter woods for supposedly secret rendezvous—and soon bodies collide, doors slam, dishes fly, and everyone’s perfect plans go fantastically awry. With a wink to Magritte, a nod to Shakespeare, and a toast to the Greeks, this poetic and hyper-kinetic voyage through the human heart never lets us forget that love, like life, is eternal, messy…and wondrous.

It’s a rip-roaring comedy that becomes an intellectual high-wire act!

Wacky, elegant, and amazingly buoyant! It will simply make viewers glad to be alive!

Tickets to Wintertime are now on sale to everyone. Rep 7-Play subscribers, Rep-Passport holders, and the general public can click the Buy Tickets/See Calendar button and log in above. At this time, Rep-Flex holders can reserve tickets only by calling the box office at 510 647-2949. Online ordering for Rep-Flex coming soon!

Berkeley Rep is a vaccinated company. All patrons must present a vaccination card with matching photo ID and be fully masked. 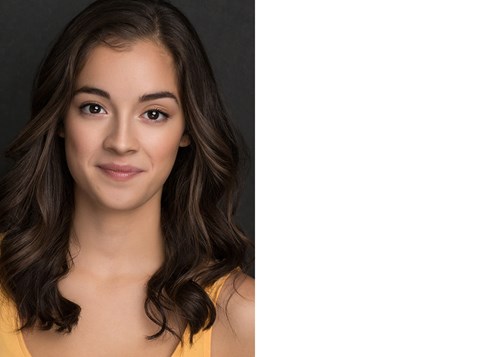 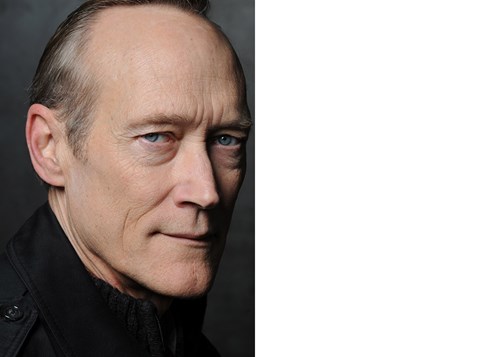 A former core company member and associate artist at Berkeley Rep since 1984, James most recently appeared in Macbeth, Pericles, Three Sisters, The People’s Temple, Fête de la Nuit, and Lieutenant of Inishmore. This will be James’ 37th show at Berkeley Rep. An associate artist with California Shakespeare Theater, he’s appeared in over 30 productions there. Other credits include work at San Jose Repertory Theatre, Aurora Theatre Company, Marin Theatre Company, Mark Taper Forum, The Old Globe, the Oregon Shakespeare Festival, Yale Repertory Theatre, Santa Cruz Shakespeare, the Huntington Theatre Company, the Intiman Theatre, and American Conservatory Theater, appearing in many productions there as well as playing Scrooge for 13 years. This past year he co-founded the Actors Reading Collective, which has an impressive roster of Bay Area actors as well as actors across the nation and which features many familiar faces along with many new ones. Screen credits include the feature films The Rainmaker and Metro, the independent films Singing and For the Coyotes, and the series Nash Bridges. James is the recipient of many San Francisco Bay Area Theatre Critics Circle Awards, including the 2007 Award for Excellence in the Arts and the 2013 Lifetime Achievement Award. In 2010, he was named a Ten Chimneys Foundation Lunt-Fontanne Fellow. (he/him/his) 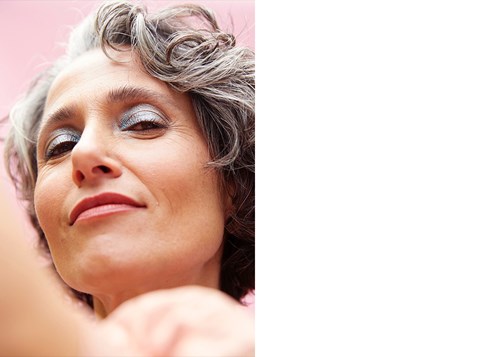 Nora has previously worked at Berkeley Rep in Haroun and the Sea of Stories, as well as several collaborations at The Ground Floor. She was last seen at Portland Center Stage in 9 Parts of Desire and looks forward to a spring production of UNSEEN, by Mona Mansour, at Oregon Shakespeare Festival. Nora is a Resident Artist at Golden Thread Productions and a company member of Campo Santo and Playground. In addition, she has acted with Aurora Theatre, Crowded Fire Theater, Magic Theatre, foolsFURY, Traveling Jewish Theatre, Theatre Rhinoceros, Shotgun Players, the San Francisco Shakespeare Festival, and African American Shakespeare Company, among others. In 2013, Nora founded a performance company called Affinity Project with Atosa Babaoff, Beatrice Basso, and Emily Hoffman. She currently serves as the President of the Board of Trustees with Golden Thread and is on the MENATMA Steering Committee. (she/her/hers) 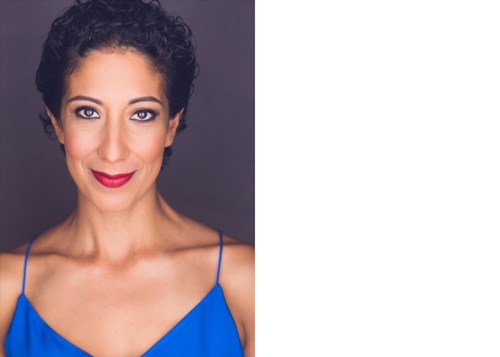 Sarah is a bicoastal actress now based in her hometown, San Francisco. A three-time Drama Desk Award nominee, she is passionate about new works and has developed roles with Manhattan Theatre Club, The Roundabout, The Public Theater, Playwrights Horizons, and many other Broadway and off-Broadway companies. Recent theatre highlights include Seascape (American Conservatory Theater, Pam MacKinnon, BATCC nomination), Sweat (ACT, Loretta Greco), We Swim We Talk We Go To War (Golden Thread Productions, Evren Odcikin), The Gangster of Love (The Magic Theatre, Loretta Greco), Swimmers (Marin Theatre Company, directed by Mike Donahue; Theatre Bay Area Award nomination), No One Is Forgotten (The Rattlestick, Winter Miller), and Water by the Spoonful (The Old Globe, directed by Edward Torres). Her television and film credits include: FBI, For Life, 13 Reasons Why, Succession, Pose, Danny DeVito’s Curmudgeons, Are We There Yet?, The Green, Sex and the City, Law & Order, and Avatar. She is a proud graduate of NYU’s Tisch School of the Arts and a member of LAByrinth Theater Company. (she/her/hers) 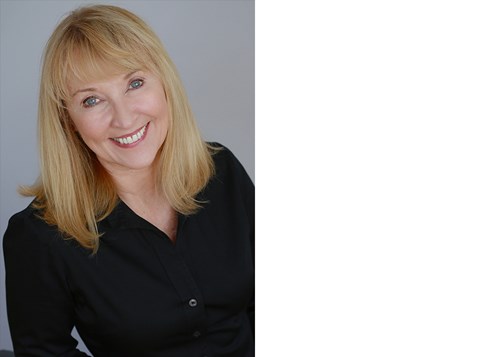 A veteran of many Berkeley Rep plays, Lorri’s favorite roles include Masha in Vanya & Sonia & Masha & Spike by Christopher Durang; Rachel in Reckless and Libby in Blue Window, both by Craig Lucas; Gwen in Finn in the Underworld by Jordan Harrison; being part of the company of Chuck Mee’s Fêtes de la Nuit; and Becky in Tooth of Crime by Sam Shepard. Other favorites: Queen Elizabeth, Richard III, California Shakespeare Festival; Olga, Three Sisters, American Conservatory Theater; Ella, Curse of the Starving Class, The Wilma Theatre, Philadelphia; Jackie, Shoot Me When… by Ruben Grijalva, San Francisco Playhouse; every role played in Caryl Churchill’s Cloud 9, Top Girls, and Fen during 10 years as a company actress with SF’s Eureka Theatre; and Harper Pitt in Angels In America (a role she originated) at the Eureka and the Mark Taper Forum in LA. Other regional and international credits include leading and featured roles at La Jolla Playhouse, Birmingham Rep (England), London’s Barbican Theatre, Actors Theatre of Louisville, SF Playhouse, The Magic, Aurora Theatre, Marin Theatre Company, The Rave Festival (NYC), San Jose Rep, TheatreWorks, and many commercial productions in SF. Ms. Holt, the recipient of numerous acting awards, also performs solo shows about literary women: Colette Uncensored, which she co-wrote with poet and playwright Zack Rogow (The Marsh in SF and Berkeley, as well performances in NYC, London, and Portland), and most recently Who Killed Sylvia Plath by Lynne Kaufman, winner, Best Full-Length Performance at the Marsh International Solo Fest 2020. (she/her/hers) 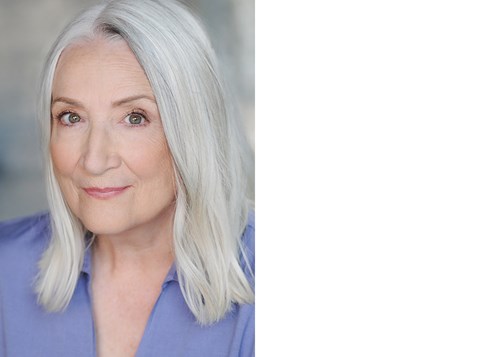 Sharon has performed at Berkeley Rep for almost 35 years. Favorite credits include Vanya & Sonia & Masha & Spike (Bay Area Theatre Critic’s Circle Award), It Can’t Happen Here, Culture Clash’s Zorro in Hell, The Triumph of Love, Volpone, The Alchemist, Pentecost, and Caucasian Chalk Circle. She has also appeared regularly at American Conservatory Theater, where her work includes roles in Napoli, ’Tis Pity She’s a Whore, The Rose Tattoo, The Cherry Orchard, and 15 seasons of A Christmas Carol. Other Bay Area credits include Aurora Theatre, California Shakespeare Theater, and many seasons playing the parks and touring with the San Francisco Mime Troupe. Sharon originated the role of Barbara in the world premiere of Nickel and Dimed under the direction of Bartlett Sher, which played at the Mark Taper in Los Angeles. Other regional credits include La Jolla Playhouse, Old Globe, San Diego Rep, Long Wharf Theatre, Milwaukee Rep, and the Alley Theatre in Houston, where last season she played Deirdre in The Humans. In 2016, Sharon was honored with a Lunt Fontanne Fellowship and participated in its Master Class at Ten Chimneys in Wisconsin. She received the Theatre Bay Area Lifetime Achievement Award in 2018, presented by Berkeley Rep’s former artistic director, Tony Taccone. (she/her/hers) 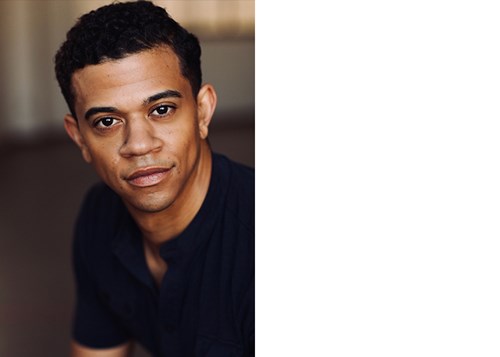 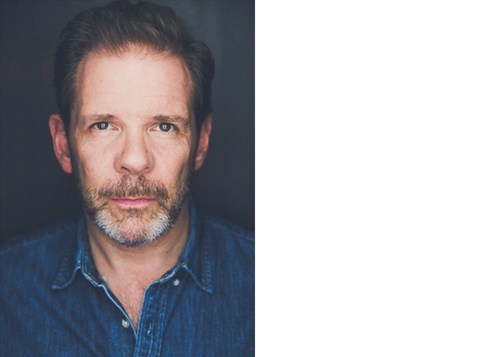 Thomas has appeared at Berkeley Rep in Troublemaker, Three Sisters, and Tragedy: A Tragedy. Broadway credits include the recent West Side Story, The Nap, The Crucible, and In the Next Room (or The Vibrator Play). Among his many off-Broadway credits are Eureka Day, Dance Nation (Drama Desk Award), The Amateurs, A Month in the Country (Calloway Award), 10 Out of 12 (Drama League nomination), Travels with My Aunt, The Lady from Dubuque, Venus, The Temperamentals (Drama Desk Award), and several collaborations with Daniel Fish including Tom Ryan Thinks He’s James Mason… (named best of the year by Time Out NY). His collaborations with director Ivo van Hove away from Broadway include The Misanthrope and The Little Foxes (in New York) and A View from the Bridge (an Ahmanson/Kennedy Center coproduction). His other regional credits include the Guthrie, Yale Rep, the Old Globe, La Jolla Playhouse, Hartford Stage, and many others. He made his film debut in the title role of Hal Hartley’s Cannes prize-winning Henry Fool, and recent feature film credits include this year’s Scenes from an Empty Church and Cryptozoo. He has also been seen in such movies as Eternal Sunshine of the Spotless Mind, The Legend of Bagger Vance, Burn Country, Dedalus, and two features with Bay area artist Lynn Hershman Leeson, Strange Culture and Teknolust (both opposite Tilda Swinton). His many television appearances include the HBO film Degas and the Dancer, in which he played Edgar Degas (Gemini Award nomination). (he/him/his) 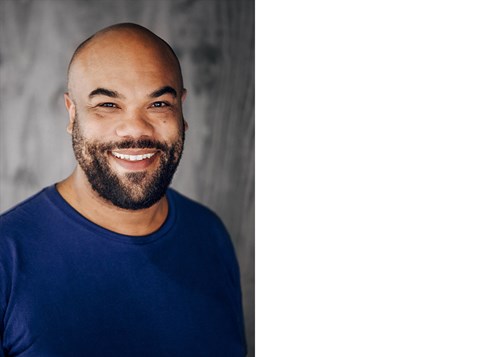 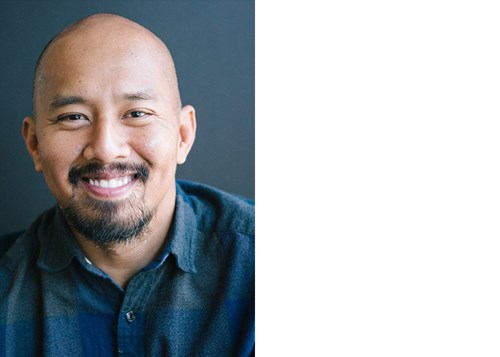 Jomar was most recently seen as Gordon Hirabayashi in Hold These Truths and Mark in Art at San Francisco Playhouse, as well as DJ Loki in Today Is My Birthday (Theater Mu). At American Conservatory Theater he played Mr. Botard in Rhinoceros and Bob Cratchit in A Christmas Carol. Other credits at ACT include Playwright and others in Vietgone, Fortinbras in Hamlet, Fortunado in Monstress. Bay Area credits include George in The Language Archive (TheatreWorks); Actor 1 in King of the Yees, Actor 3 in Tiny Beautiful Things, Daniel in You Mean to Do Me Harm (San Francisco Playhouse); Quang in Vietgone (Capital Stage Company); Banquo in Macbeth, Jacques in As You Like It, Life Is a Dream, and other roles in Everybody, and The War of the Roses (Cal Shakes); The Happy Ones and Dogeaters (Magic Theatre). Jomar is a recipient of a Bay Area Theatre Critics Circle Award for Principle Actor in a Play, and TBA Award for Outstanding Performance in a Featured Role. He earned a Master of Fine Arts degree from ACT. (he/him/his)